Racing Models was opened in 2002 in a small unit in Milton Keynes as Racing Models.co.uk. Racing Models soon became one of the UK leading specialist online suppliers of collectable diecast models and automotive-related products. In 2008 the decision was taken to launch Racing Models.com to appeal to the worldwide community.
Post Reply
1 post • Page 1 of 1

A model of Lotus 25 Coventry Climax in which Jim Clark won the British GP at Silverstone in 1963, technically clinching the 1963 World Championship as he had won four races including this race and was ahead of Hill and Ginther in points. The Championship was subsequently awarded in Italy. This was the first Lotus F1 with the green and yellow stripe paintwork.

A 1:43 Brumm diorama model was produced for Racing Models. 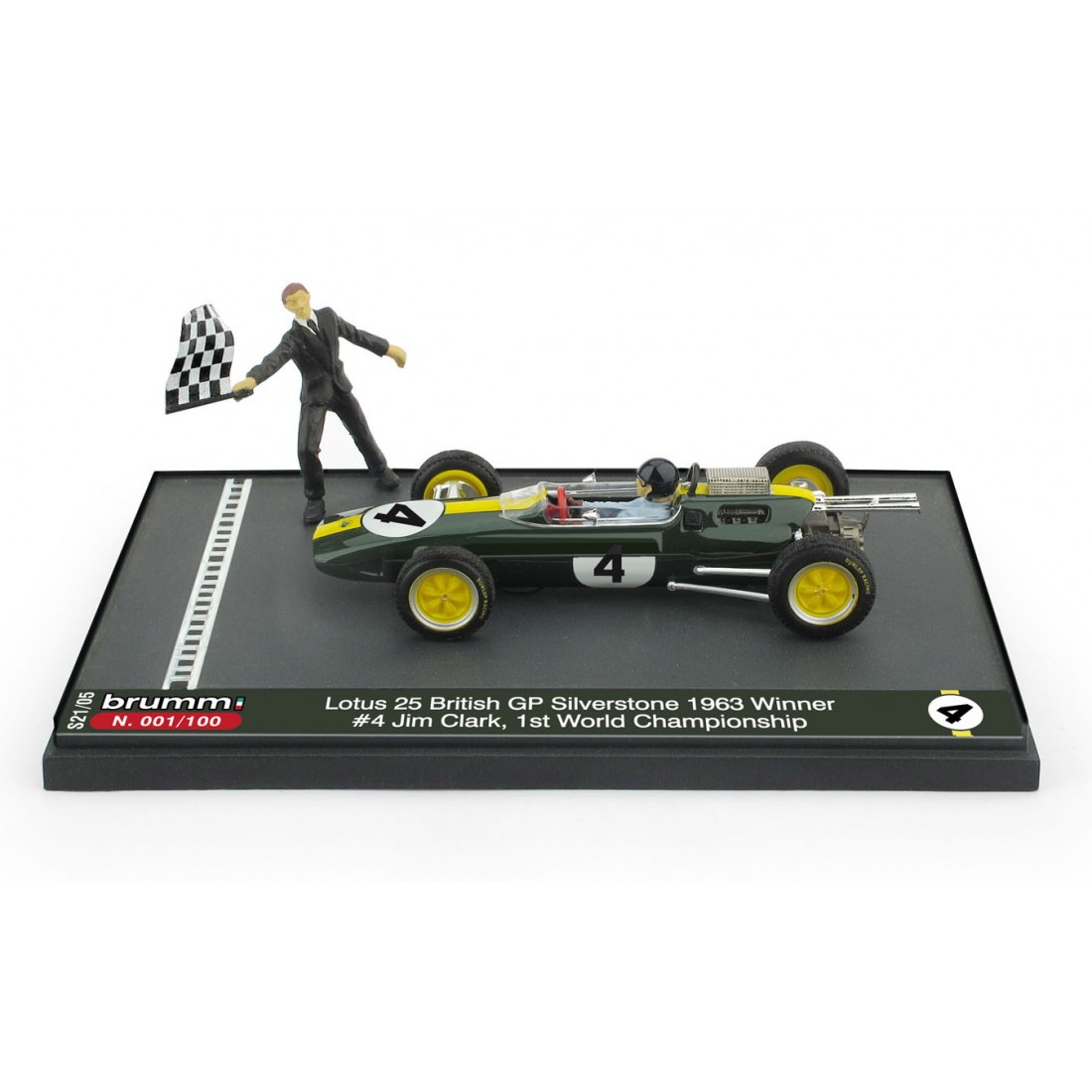