The F355 came into the market in 1994 as the successor of the Ferrari 348. It belongs to the great family of V8-powered models by Ferrari. In 1999 this F355 was replaced by the 360 Modena. Designwise, this one hinted at some older models like the 308/328 series with the 2x2 round backlights. The more brutal and horizontal lines, like on the testarossa, were abandonned.

The F355 was available as GTB (coupe), GTS (targa) and spider (cabriolet). An atmospheric V8 produced a whopping 380HP, which made a 0-60mph possible in 4.7sec and a top speed of 295kph. Nowadays this looks quit tame, but back then it belonged to the absolute top of the automotive piramid.


As for the model, a lot of companies brought this example to the market. For the high-end diecast collector, I think only 2 options are a possible option. This Kyosho and the Hot Wheels Elite. I chose this kyosho for a couple of reasons: first, It has the side windows in the 'up' position and functioning head lights. Second, It has the better wheels and more aggressive stand and thridly, I think the engine detail is better. A lot has been written about the shape of this model and, in all honesty, I think the critics are right. The shape of the front end is way to 'boxy' and just doesn't look right. However, shape and stance on the Hot Wheels Elite are not correct aswell. I find this one to fat on the back and it stands too high. This model features an opening front and backbonnet, opening doors and folding head lights. Nowadays it's more difficult to find and prices have gone up dramatically. Personally, I don't think it's worth over 200USD, but like all Ferrari V8 models, prices have gone insane. I had to buy this model 3 times till I found a decent example as quality controll on these late kyosho's is non-existent. Luckily, now I have one with properly inserted windows and decent gaps, but on the previous I owned, it was just horribly. Best feature of this model has to be it's interior. Fully carpeted tan interior combined with black exterior makes this combination my favourite rendition. Dashboard is neately executed and there are some fabric seatbelts with metal buckles.
I will let the pictures do the talking now :giggle: 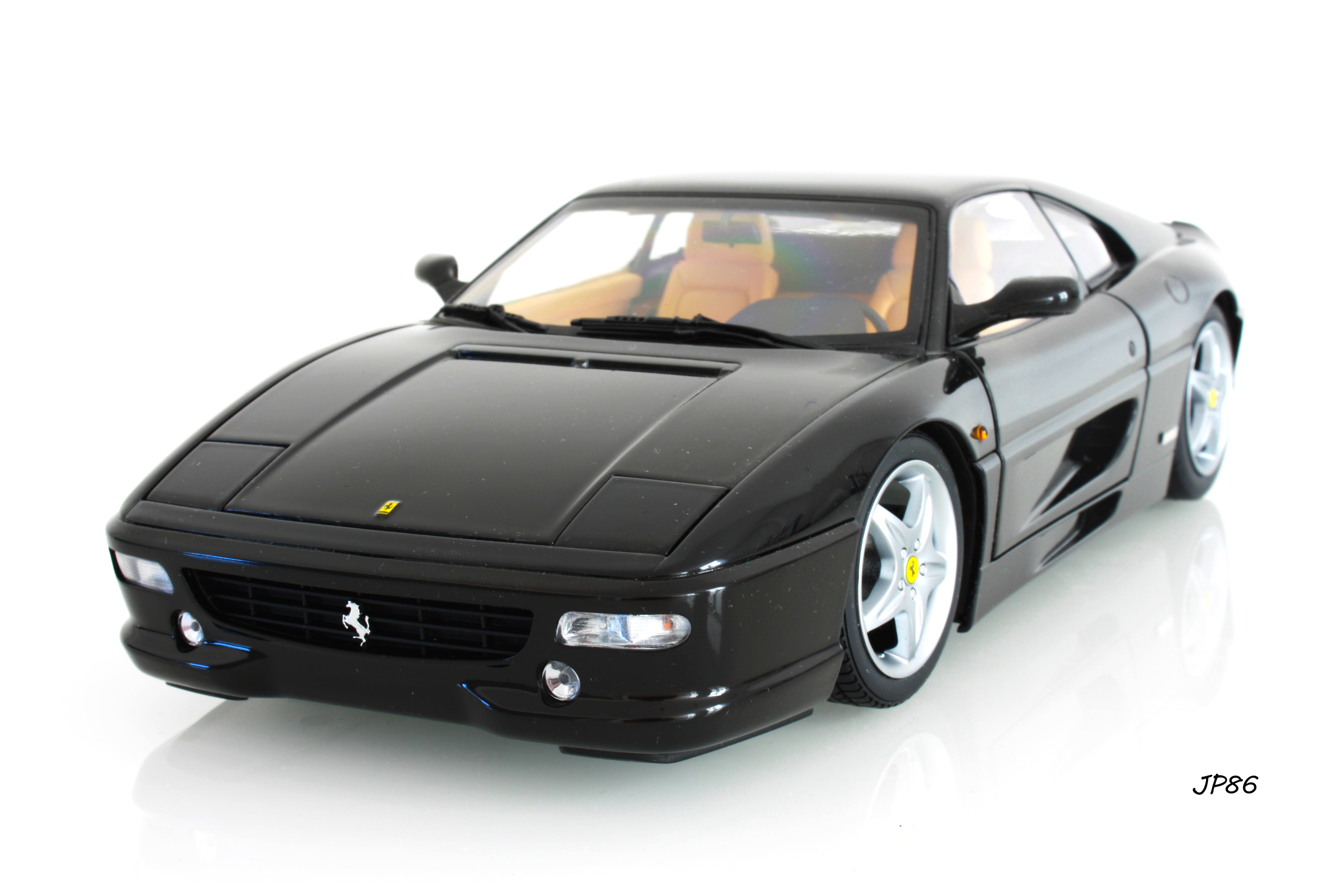 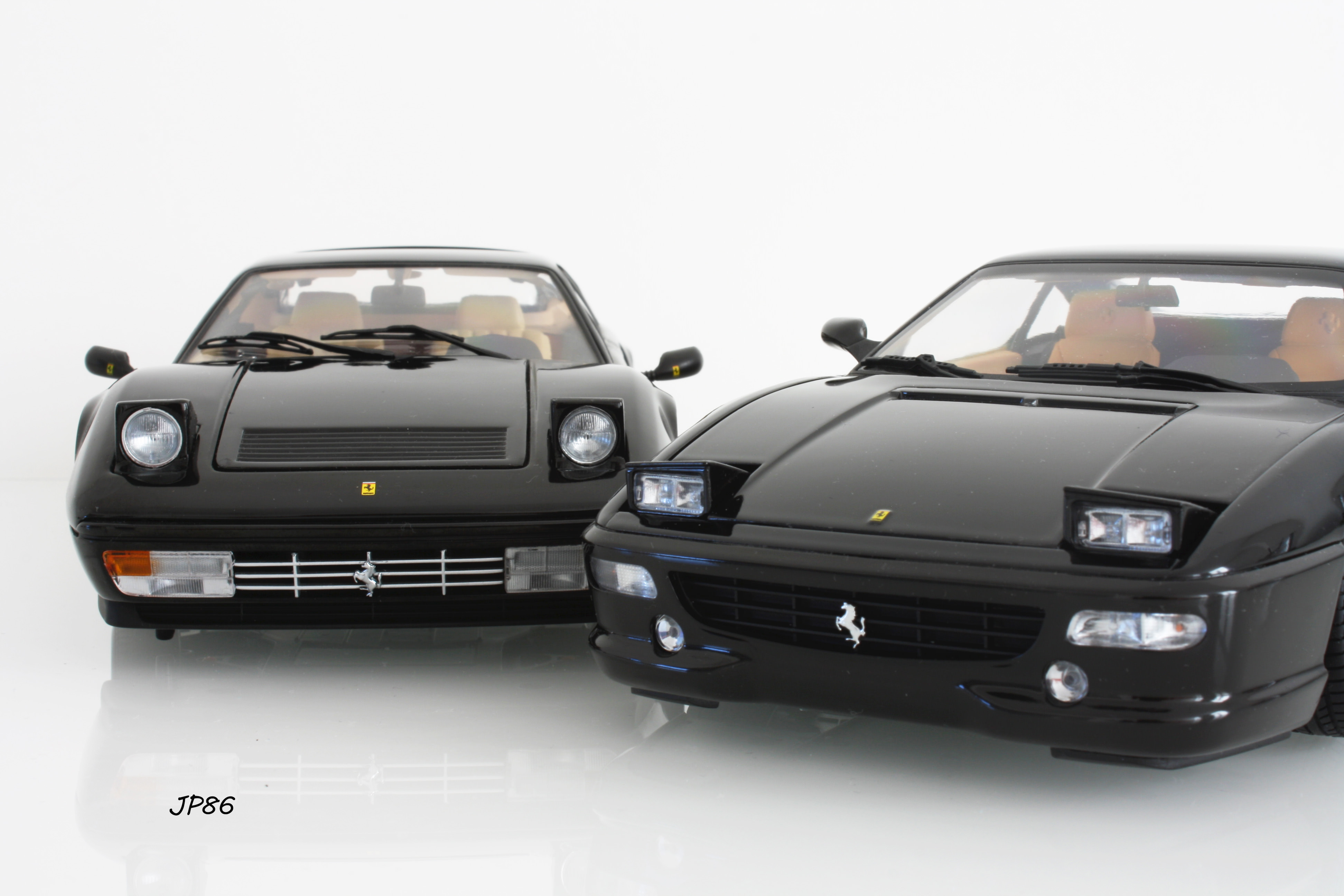 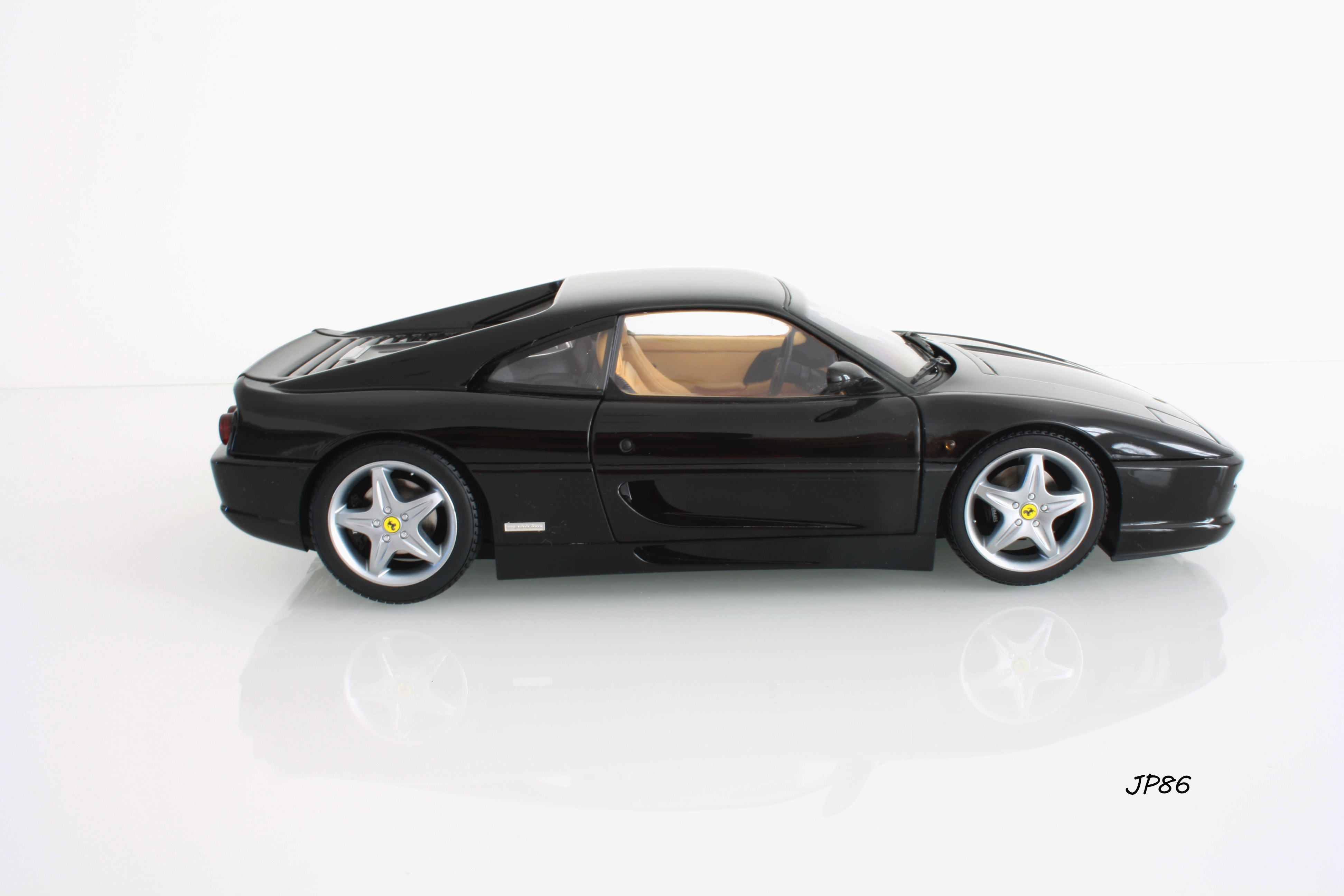 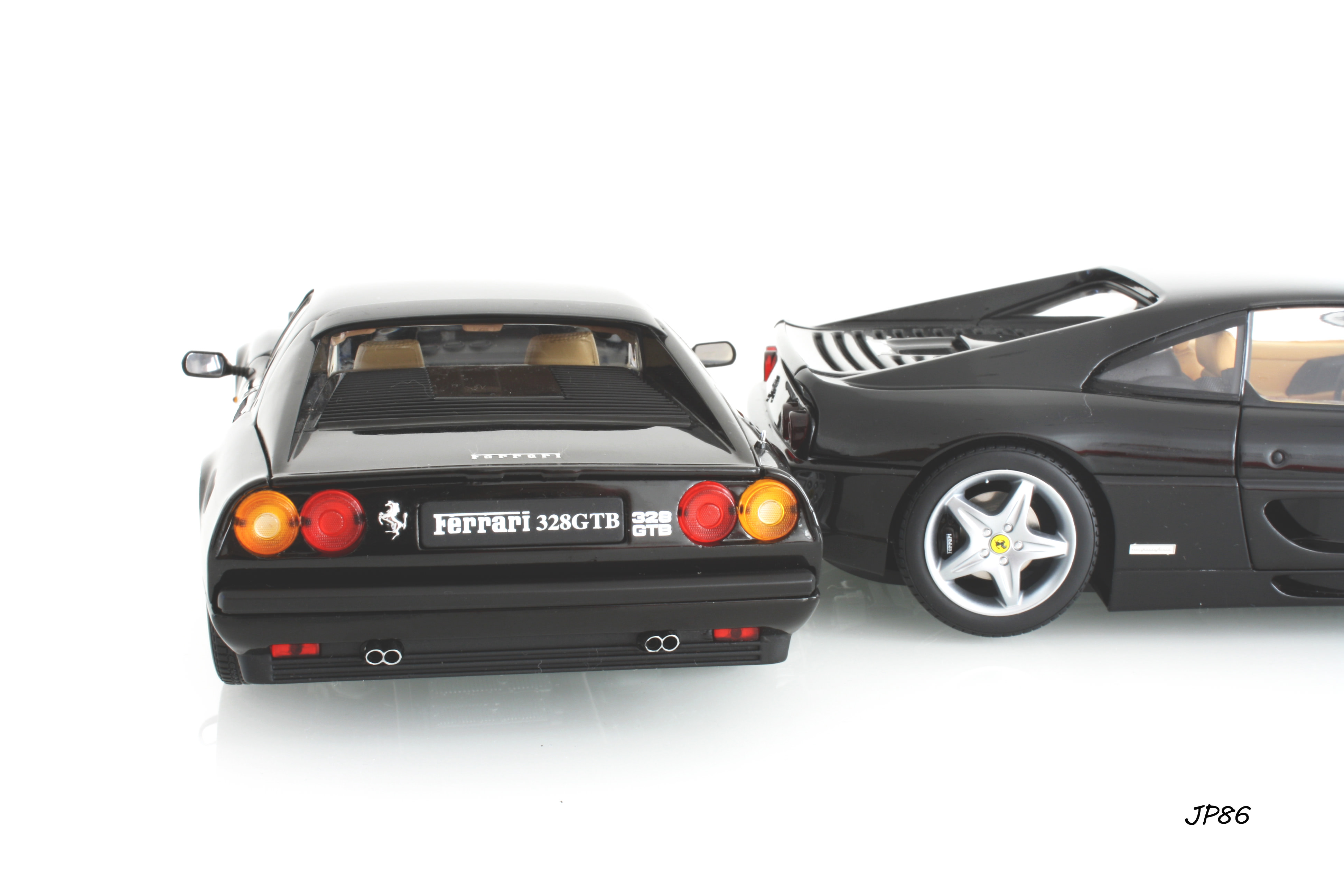 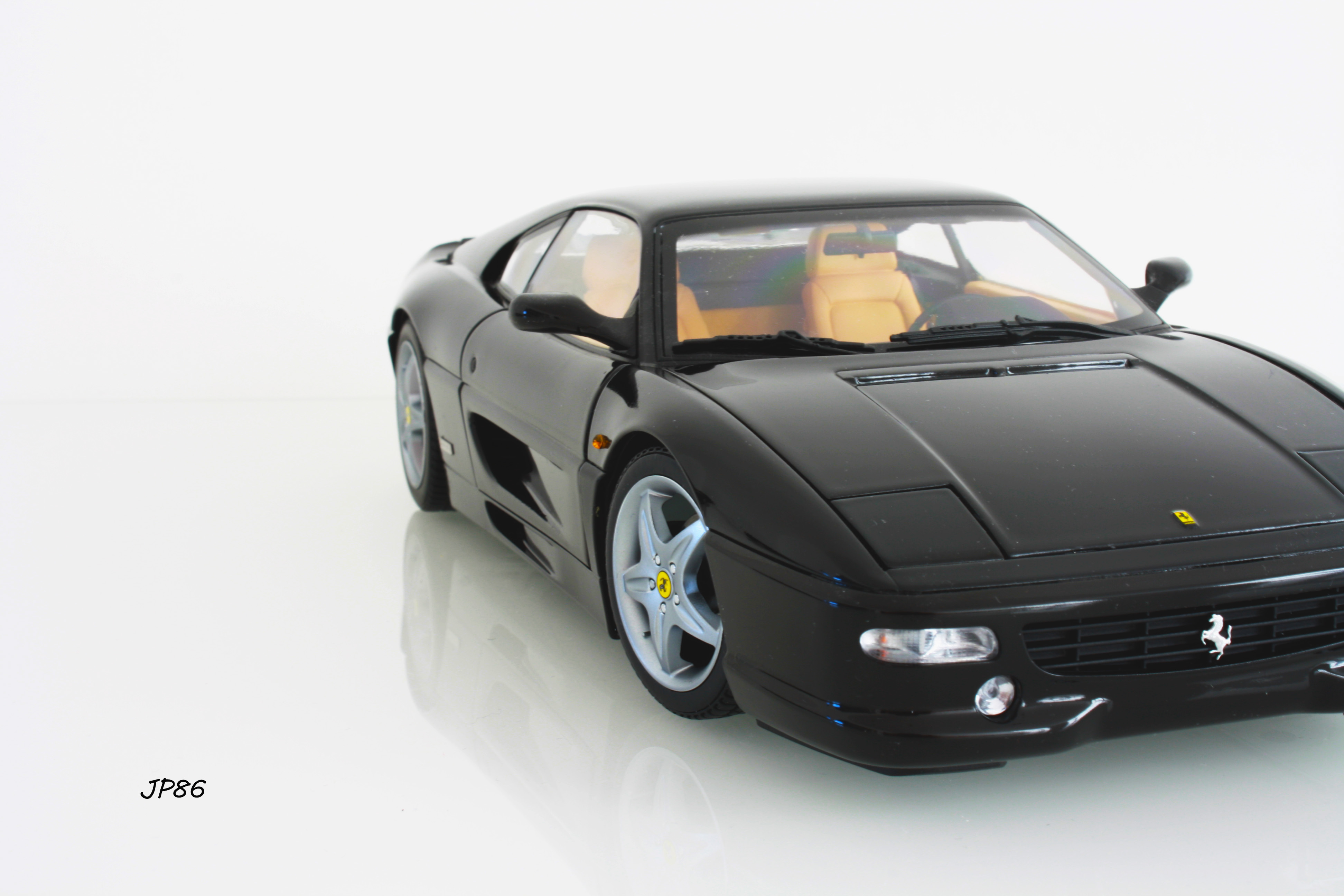 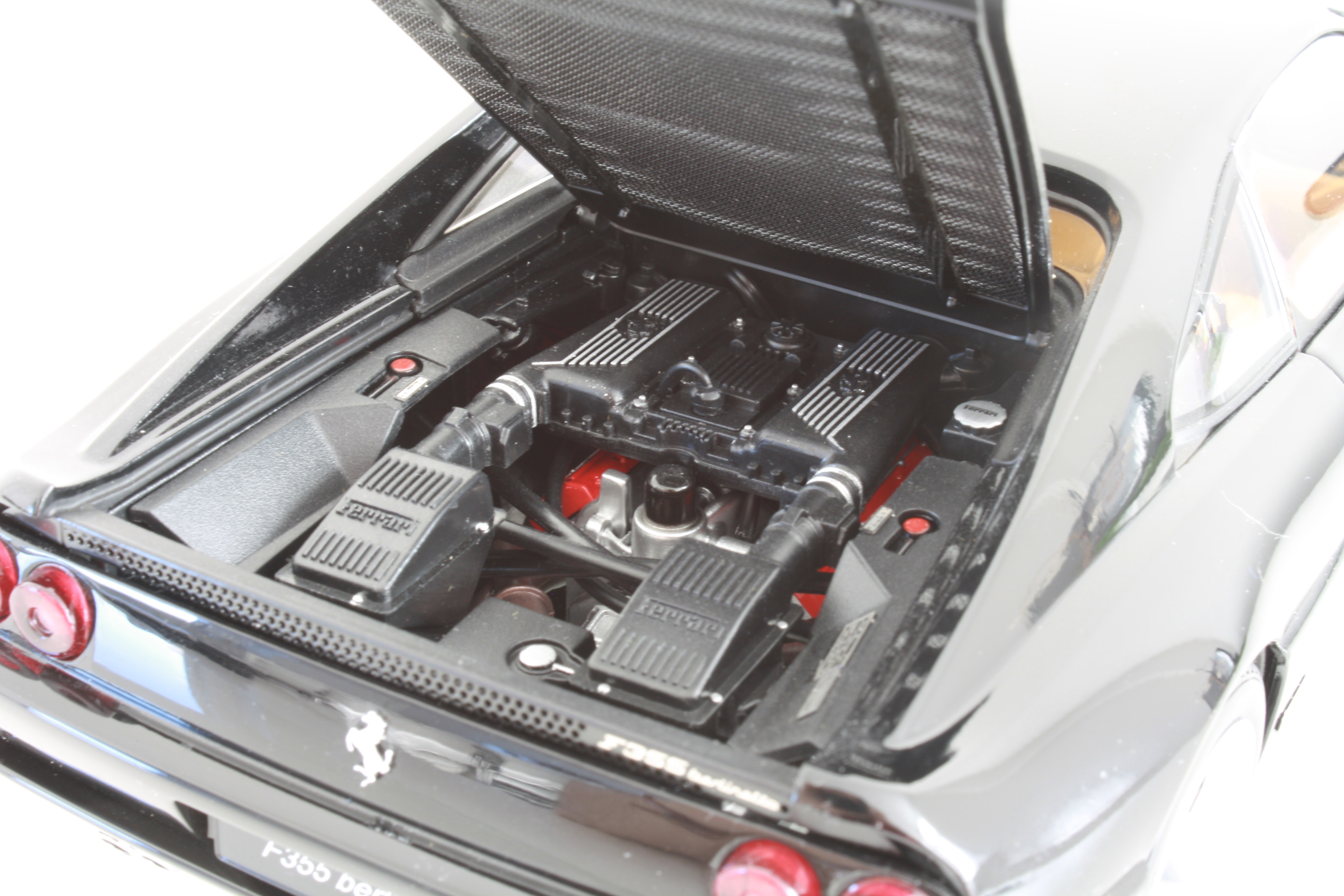 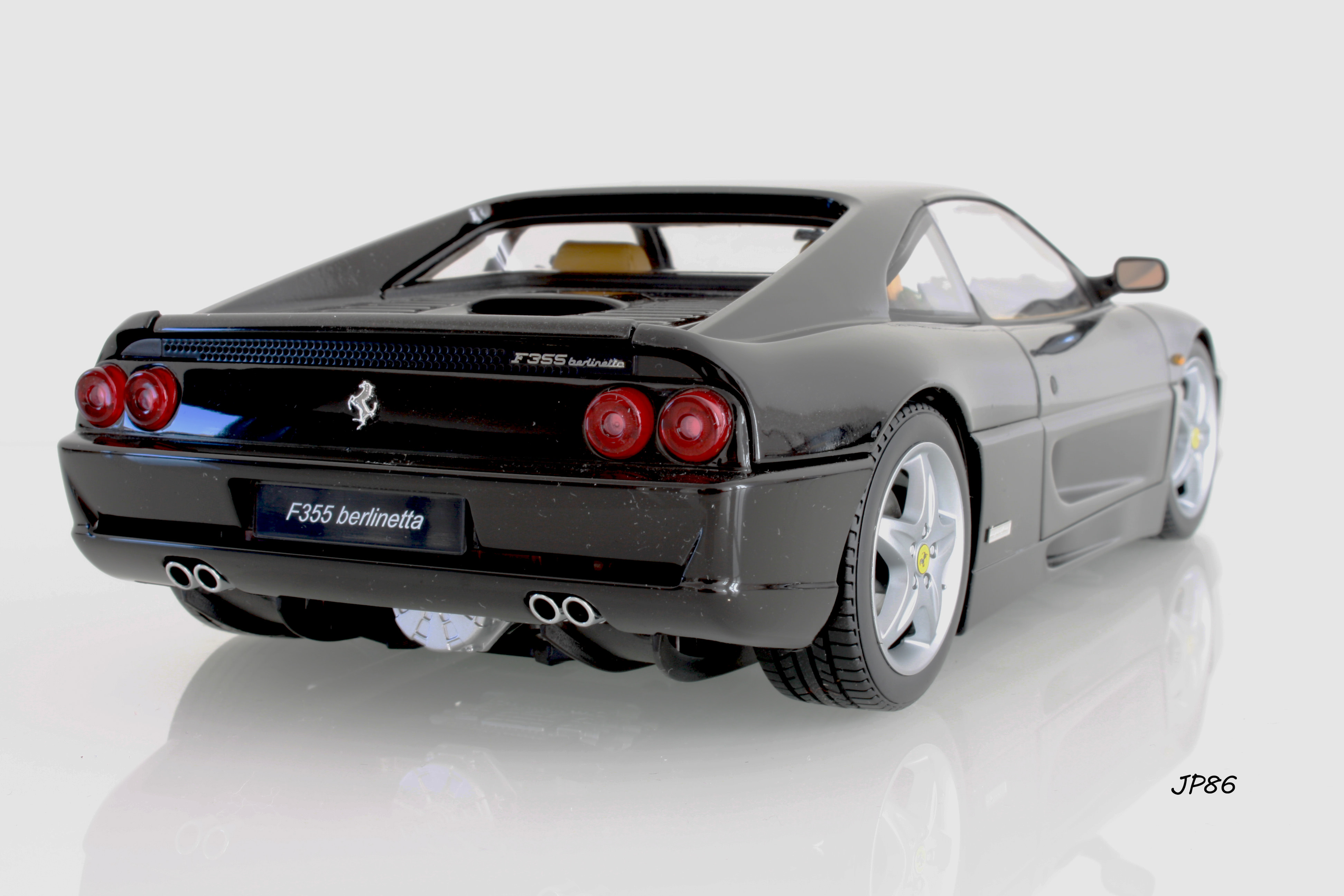 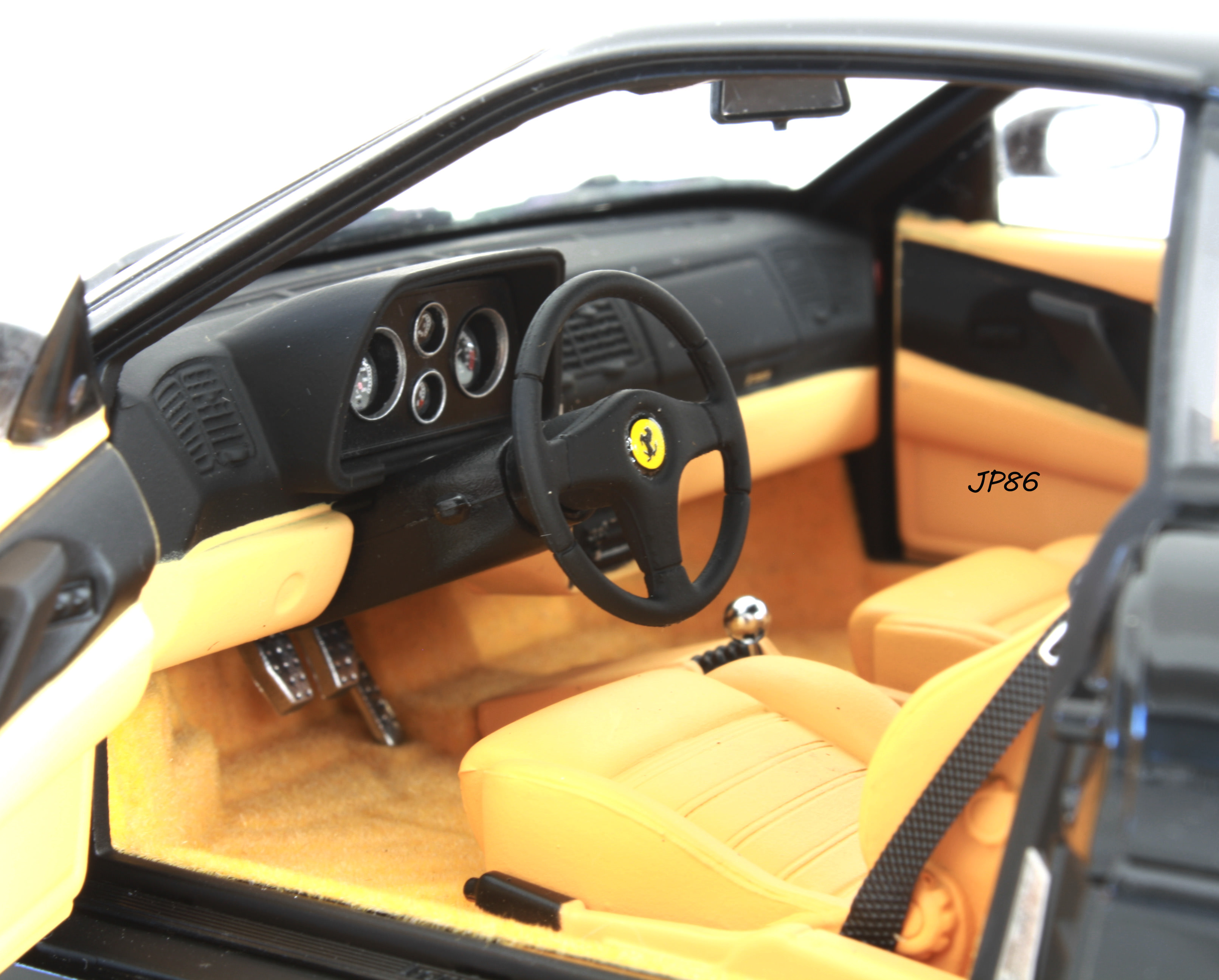 Thanks for watching.
Top

Nice pics sir. I think this was the last Ferrari with open features from Kyosho. Overall very good, but the stance is overly aggressive for the era.
Top
Post Reply
2 posts • Page 1 of 1