About the model: Lots of reviews have been published in the last couple of weeks, so I will just give my take on this model. First of all, my example is a limited edition of 100 pieces, mine being number 81/100. Executed in yellow Modena with blue carbon fiber accents. Beside being a limited edition, the model comes with a different packaging. A nice black box and leather base with 'F12 TDF' and serial number included. Shame they were to greedy to include a transparant display aswell. I paid 315 euro for my example. The shop wrongly sent me the red 'regular version' first which had a pricetag of 299 euro. After comparing both, I was pleased on not holding on to the red one. On my example shutlines were a lot better, window insertion was more crisp and the the trunklid closes properly compared to the red example. The paintjob is nothing short of breathtaking, grilles are all perforated and nicely installed. Badging is realistic and the stance of the model is near perfect. The model as a whole might not be as impressive as their previous releases (Enzo, F430), but is certainly has serious shelf presence..
And the best part of this model, has to be it's interior. Again in yellow/blue configuration, it creates a very nice imitation of the real car. Fabric seatbelts and metal buckles, full metal floor coverings and nicely detailed dials and dashboard.
Engine detail is above average aswell. I won't repeat the criticism about the doglegs: I hate them aswell and for the budget, proper hinges should have been installed. No bad comments about the wheels/rims as they are very well executed with a lot of realism on the brake callipers. Wheels aren't branded, which is a shame. 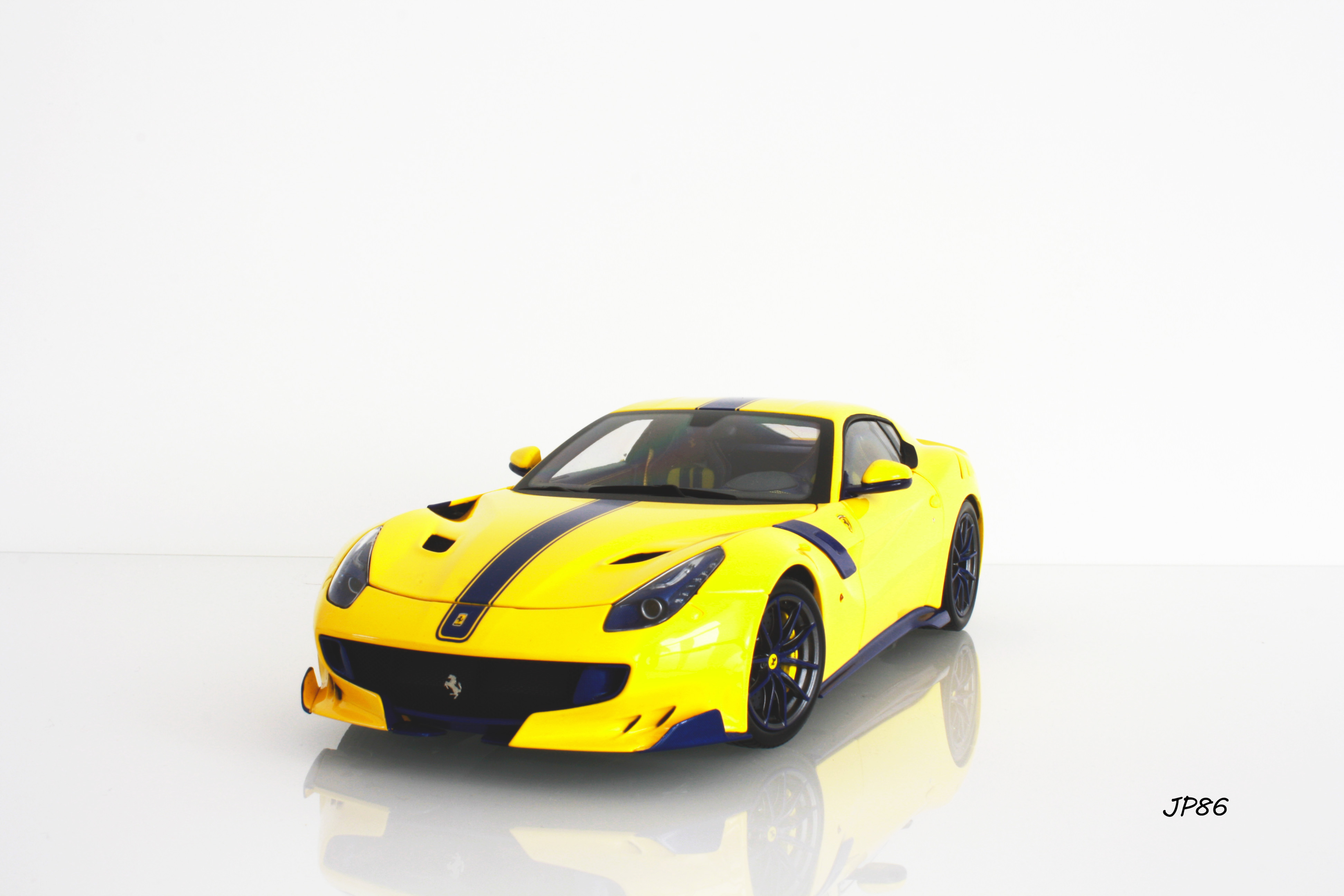 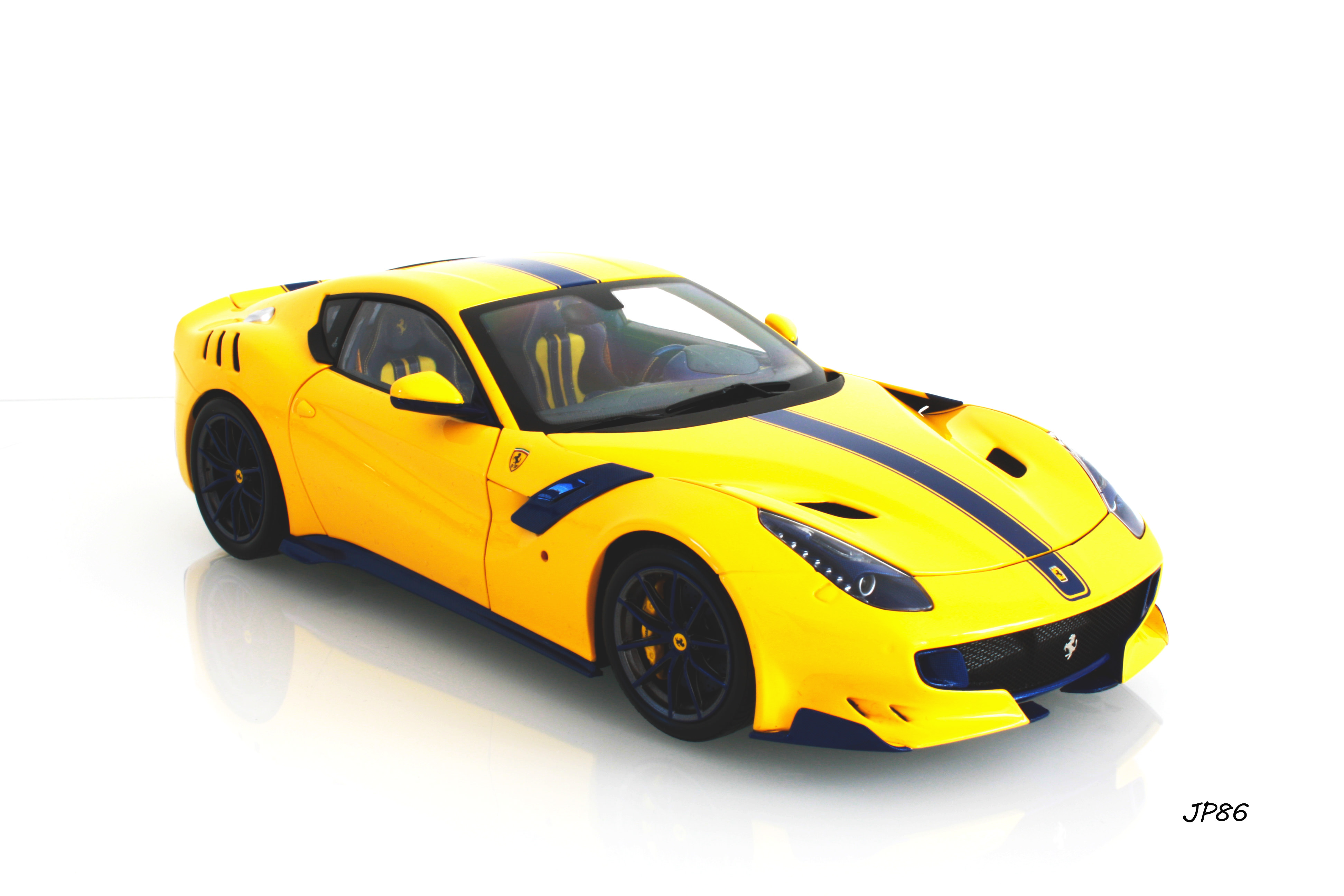 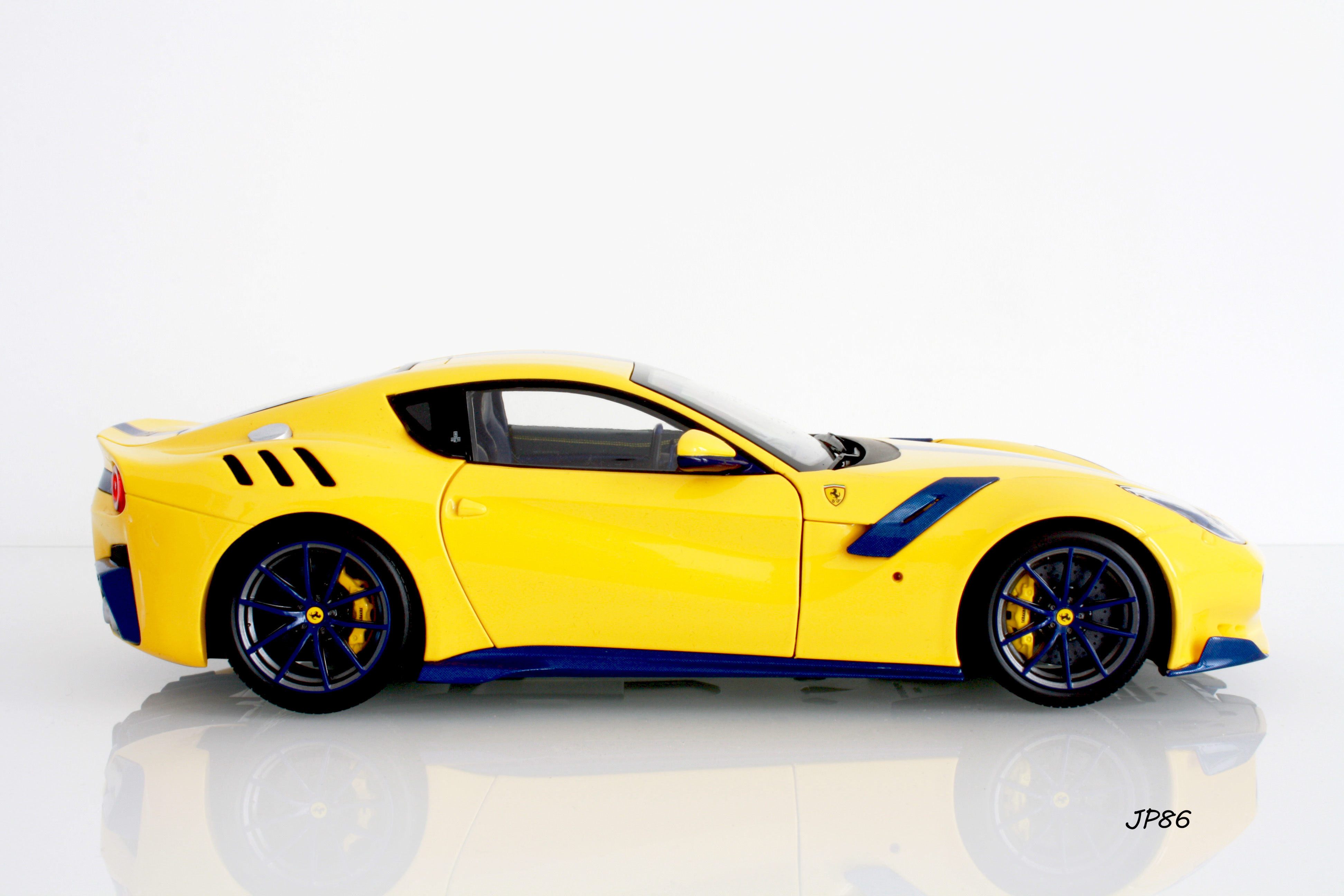 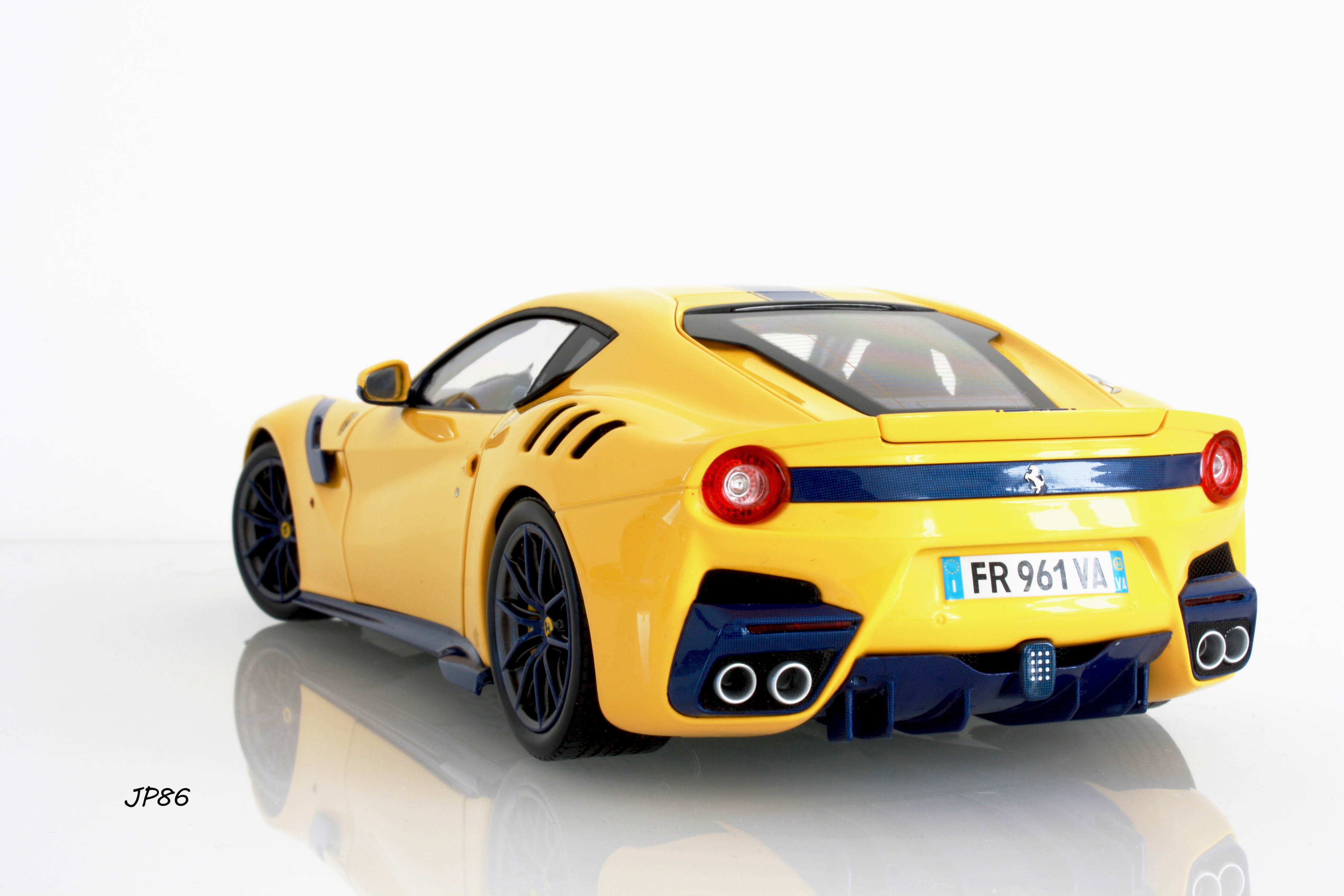 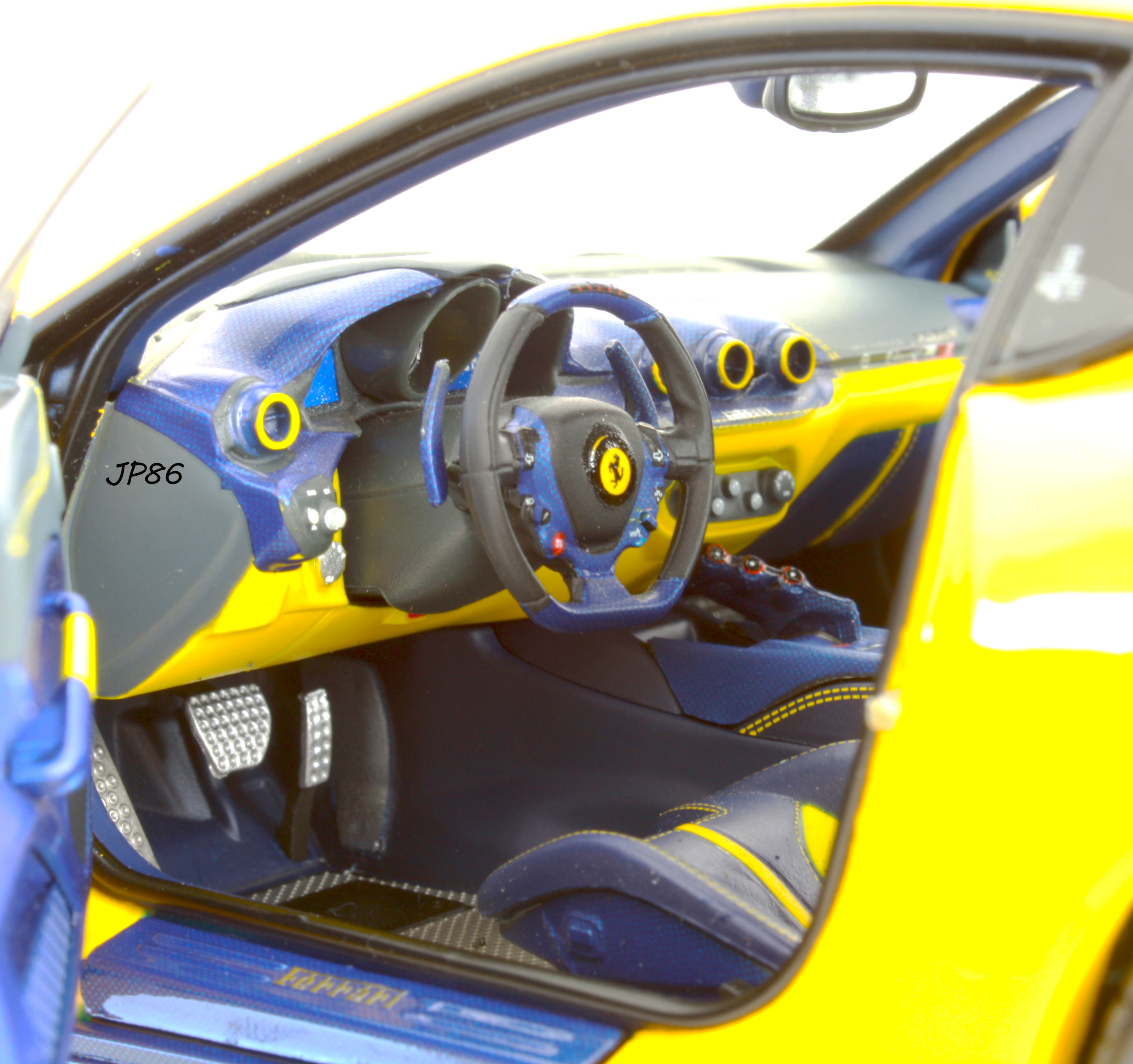 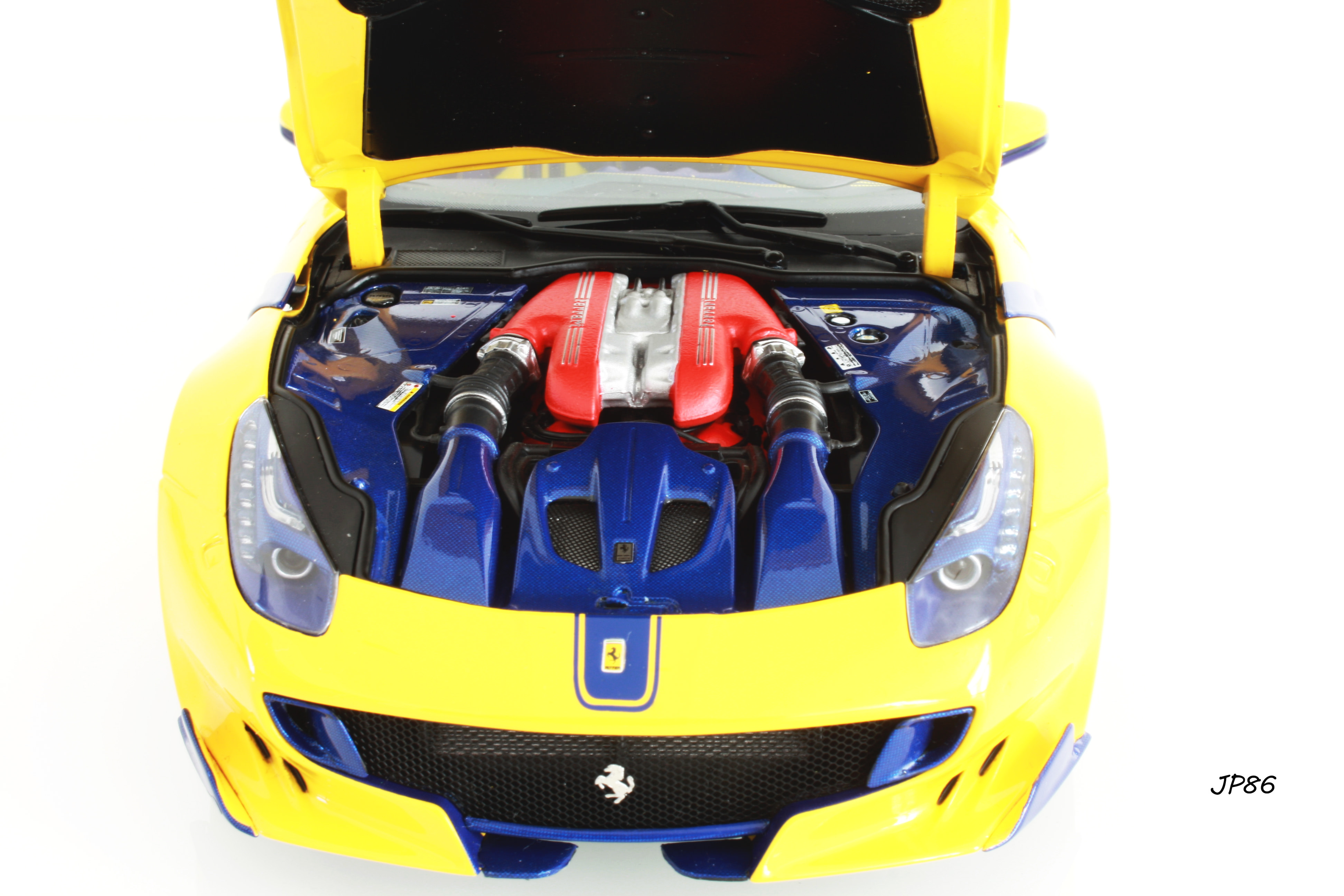 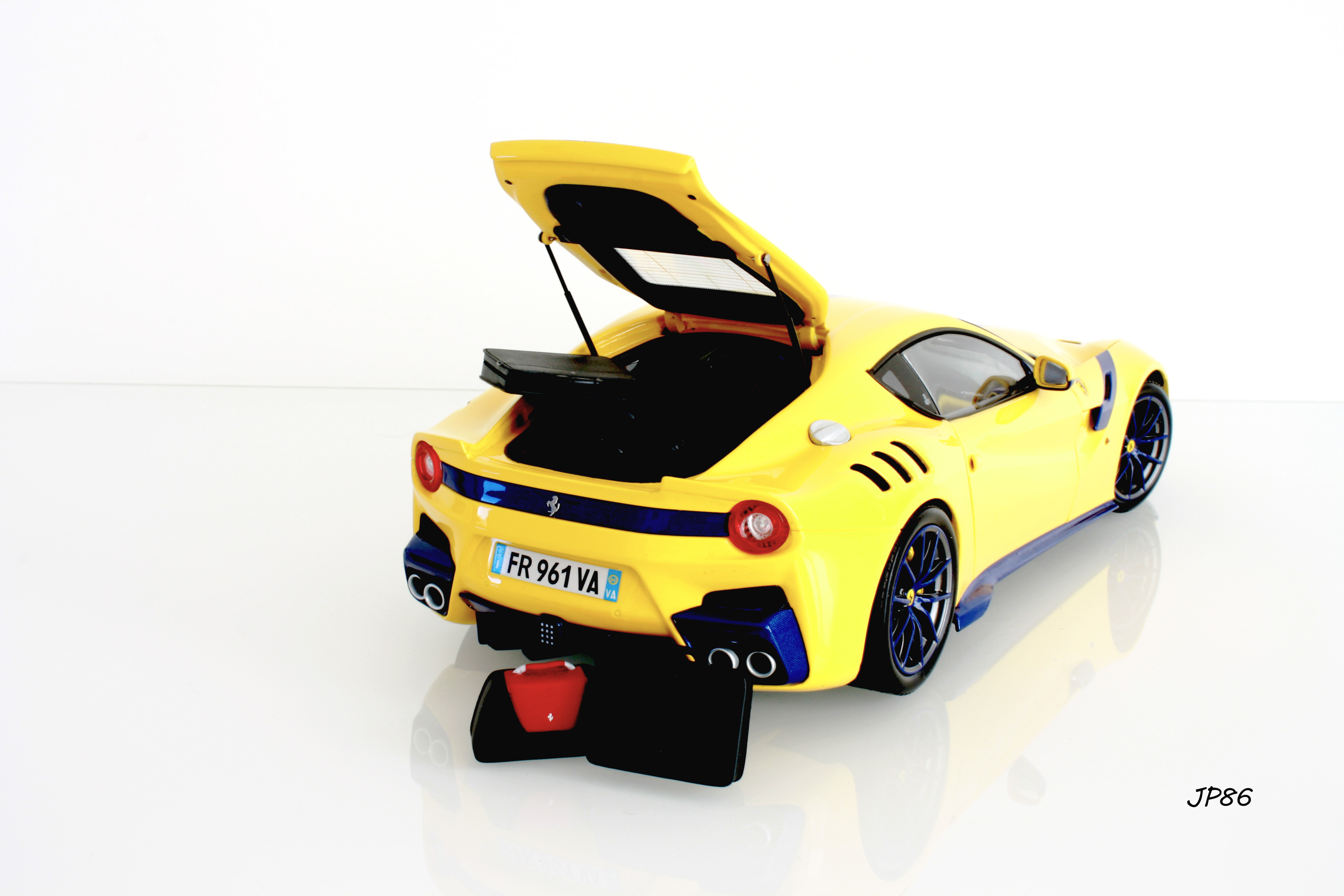 With some other yellow horses: 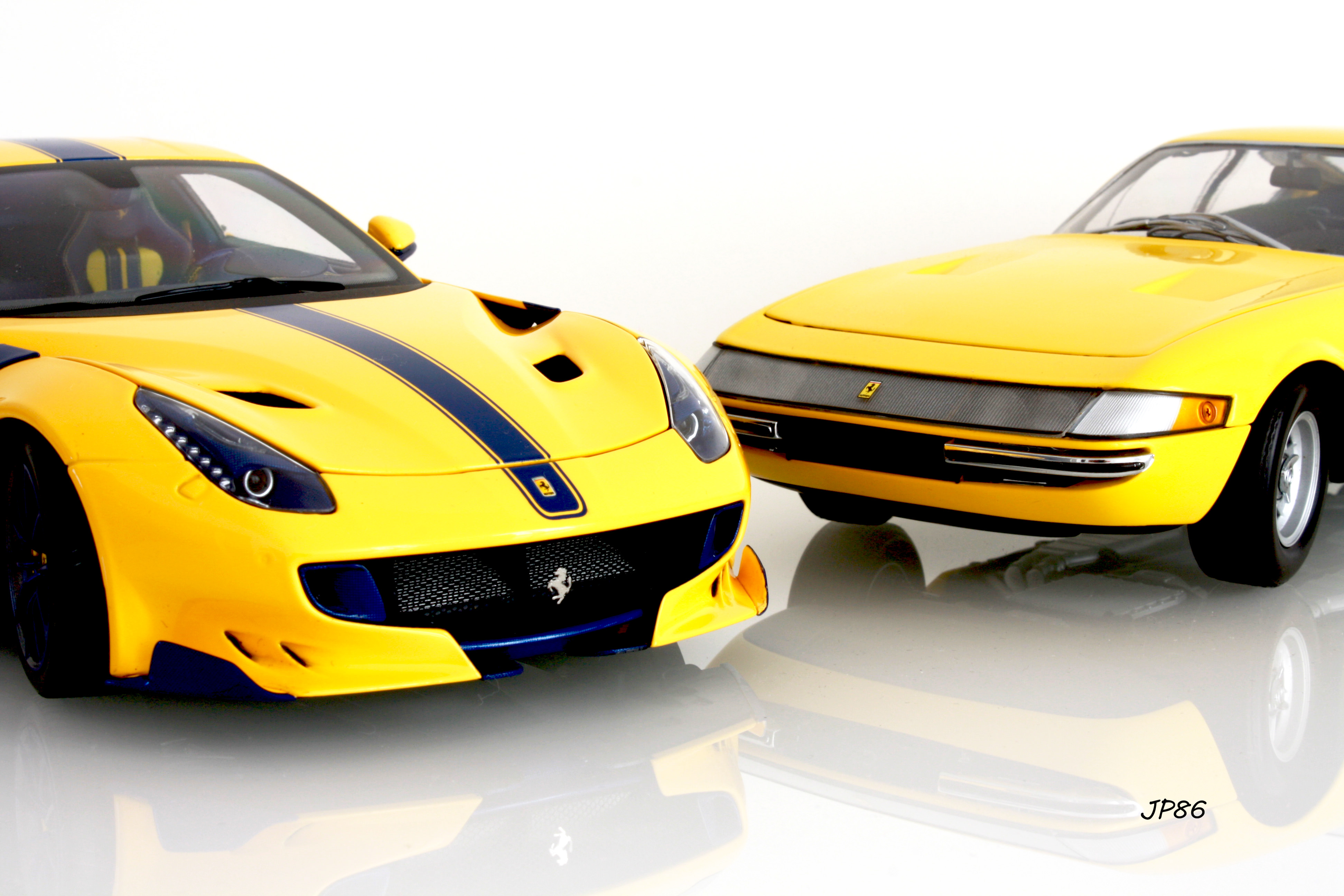 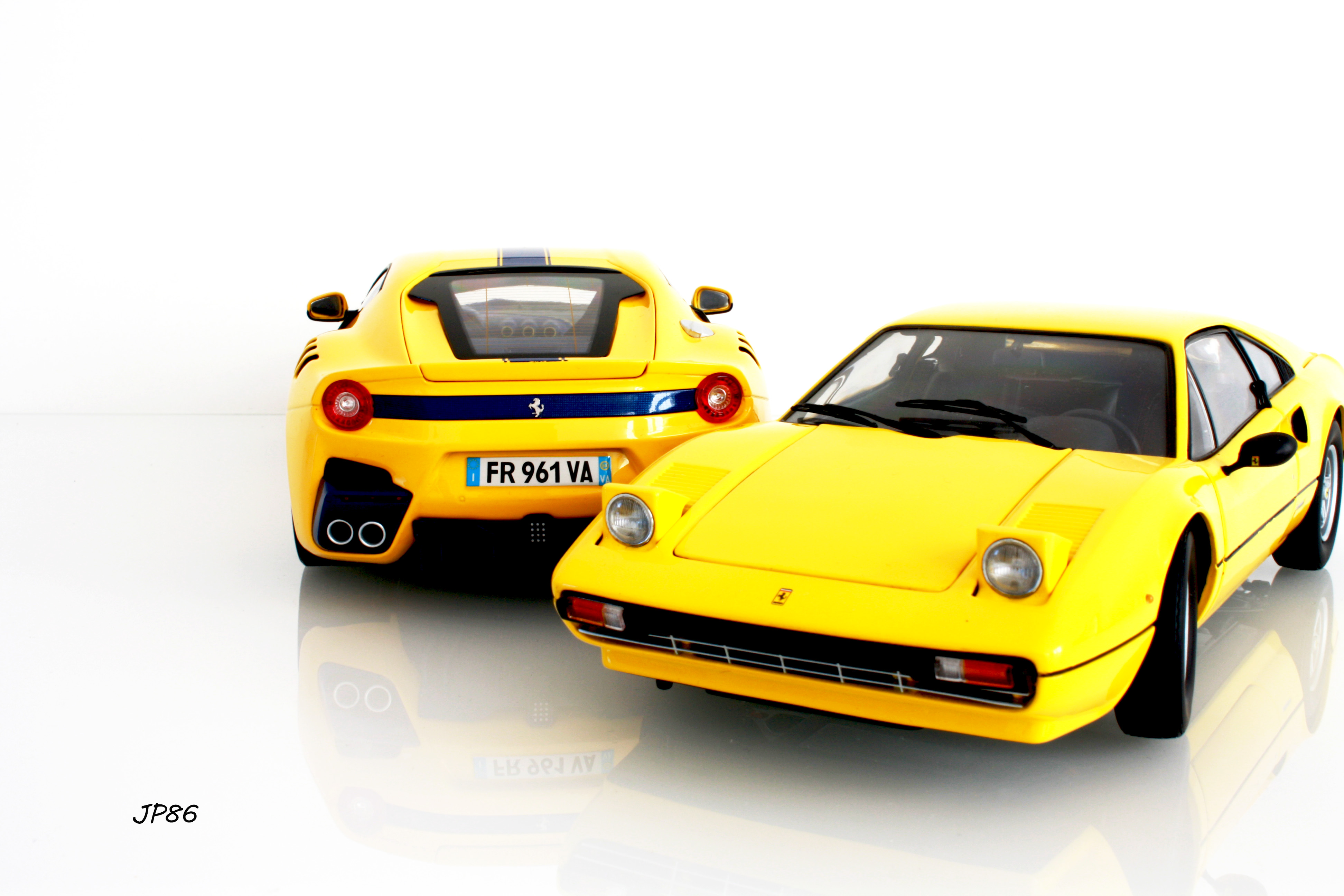 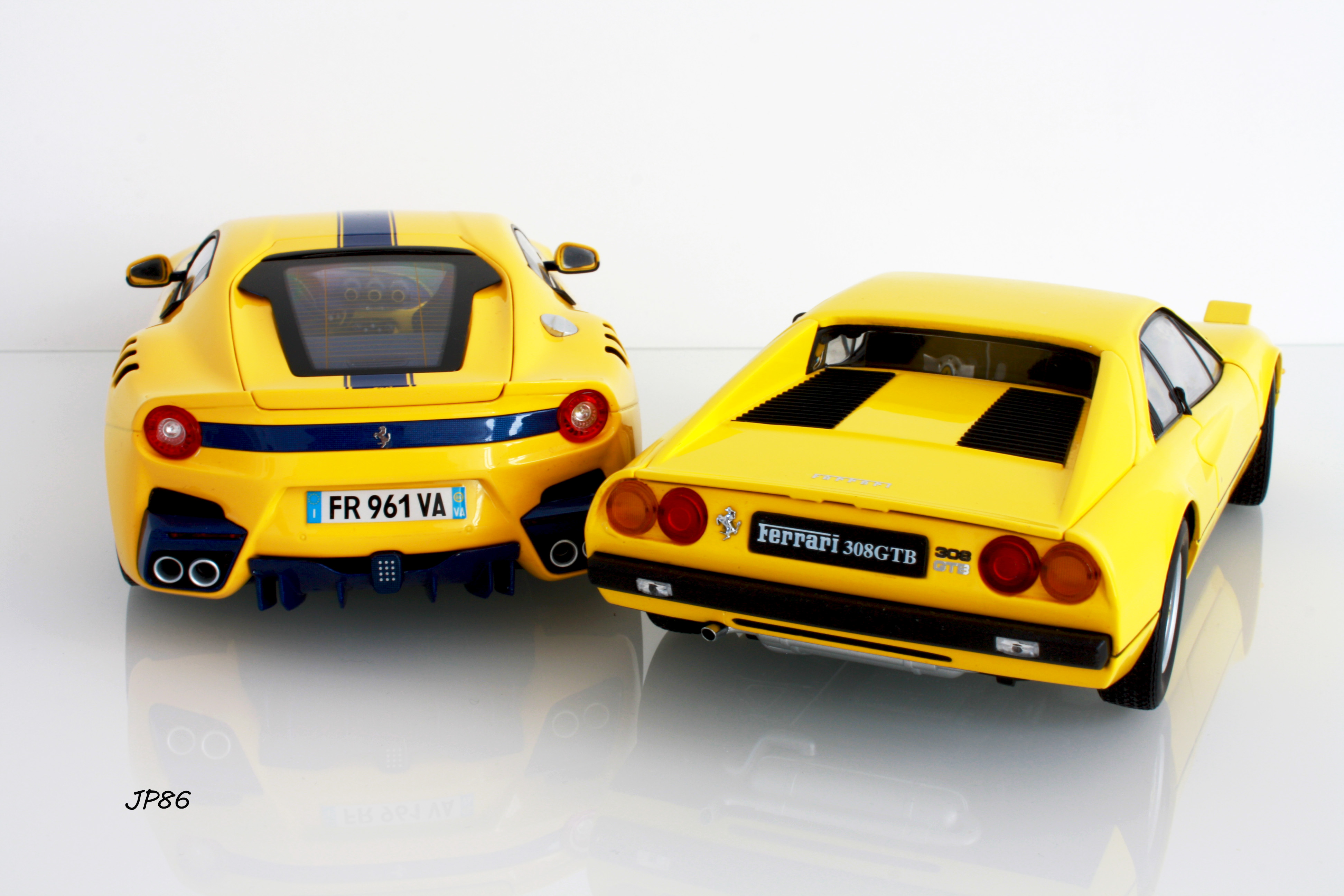 Thanks for watching!
Top

Now that is different. I just posted comments on the same model in Red. Overall high marks for sure.
Top

[KRAFTIG] wrote:Now that is different. I just posted comments on the same model in Red. Overall high marks for sure.

I have read you review. You always give us great information and input about models. Many thanks for that.
I hope to add a second TDF aswell later this year: I pre-ordered the bleu/grey-orange special edition.
Top

Thanks for the kind words