Say hello! Tell us about you and your collection.
Post Reply
4 posts • Page 1 of 1

I am Eric and I am an aviation and motorsports fan.

I build aircraft models but i decided early on – not from lack of interest but from lack of time – to buy completed diecast automotives instead.

I am attracted by miniatures and I am sensitive to details, sharpness and accuracy.
I started my car collections with 1/43rd scale models (around 700) mostly from the Minichamps, AutoArt, Kyosho, HPI Racing ranges. My prefered topics are 24h Le Mans, Formula 1 World champions, Porsches, Rally racing, and Supercars.

I later started a 1/18th collection after first seing an Exoto model on display. I bought it with the idea it would remain a lone model in this scale in my collection : but put a finger in and lose your arm (70+ models now) – They are mainly from Exoto, CMC, BBR and AutoArt Signature. All my 1/18ths must be full opening.

I also have a 1/12th motorbike collection, all Minichamps/AutoArt most being World championship 500cc/MotoGP bikes (around 70 models now).

Hi Eric, welcome to DS! Post some pics of this great collection, thanks.
Top

Just a few pics from my collection. More will follow on dedicated forums 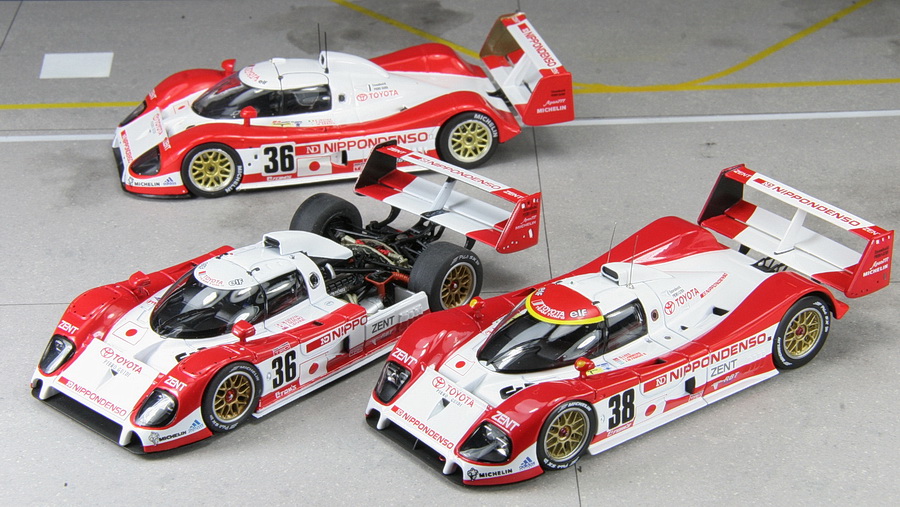